I’ve been running MTB skills coaching days for a little over 11 years and in that time I’ve seen a lot and heard a lot of opinions. A comment on a recent coaching day though prompted me to write this blog.

It was the second session for this rider having come on a ‘Rule the Red’ course I ran a few years ago which in his words ‘transformed my mountain biking’. It’s always great to hear about how skills coaching has helped and even better when a rider comes back for more advanced coaching. This time we were looking at riding technical features harder and faster, tackling bigger drops and jumps in preparation for some Enduro events he’s entered later this year.

I always start with a chat about expectations, what the rider already feels good about and what they’d like to improve including specific features they’ve never ridden or would like to ride with a whole lot more control and confidence. If you know Dalby Forest, it’ll be no surprise to hear that one of those features that regularly crops up is the drop at the top of Worry Gill.

On the subject of skills coaching the rider had been told by a buddy that “You can’t buy balls”. Maybe it was a throw away statement meant in fun or maybe it implied that skills coaching won’t help with commitment issues. Either way I thought it would be worth considering.

There are a lot of skills coaches out there, some good, some not so good (*see below). Some of them hold a skills instructor qualification and some are guides who coach based on their own experience in terms of riding style and teaching style. One thing though that any good skills system should include is not just how to do something buy also why. It’s not enough to teach a rider what to do, you must also give them the knowledge to understand why to do it and in turn get them thinking more about their riding.

I was lucky enough to hook up with Ian Warby over a decade ago to be one of the first on a Skills Instructor course he had set up as a result of the work he was doing at Aston Hill. The ‘system’ was pretty comprehensive, covering not just the physical techniques but also marrying them with psychological techniques aimed at improving understanding and ability, to improve mental processing which in turn goes full circle by improving not just confidence but also physical technique. Years later I worked with Ian at CTC (now Cycling UK) and Dan Cook who ran the MTB leader program where some great cross pollination happened including adding of teaching techniques including Visual Auditory Kinesthetic (VAK) to enhance the coaching style.

*Whilst at CTC I was privy to some independent research on skills coaching styles and techniques with around a dozen coaches interviewed. Whilst there were some good coaching models from instructors with very different backgrounds there were also some shocking approaches used to try and develop rider skills and confidence with little or no framework, planning or ‘system’!

By way of a quick update, Ian Warby is no longer with Cycling UK but is still leading the way with coaching and training skills instructors through his business Firecrest MTB. Dan Cook has also moved on and is doing great things with British Cycling to improve the world of MTB leadership. Both had a big input on the quality and success of what we offer at Gone Mountain Biking.

So when you book on a coaching session with Gone Mountain Biking you get a whole lot more than ‘drop your heels’ or ‘transfer your weight’ or ‘look further ahead’. You get a new way of thinking about your riding, you get techniques that help you process quicker and an approach that builds steadily, ensuring that the core skills are in place along with the control and confidence that allows you to move on to riding bigger and faster. So if you book on a session, don’t be surprised when we start off making sure the basics are in place as we work through the fours C’s (Control, Confidence, Concentration and Commitment). It doesn’t have to end in bigger and faster though as I coach al all levels from the first tentative pedal turns off road to budding Enduro racers.

At the end of this session the client was saying things like ‘I used to clunk and rattle my way down that section and now I feel like I’m floating down it’ and ‘I can’t believe I just jumped off that, I’m going to have to pinch myself later to make sure it wasn’t a dream’! 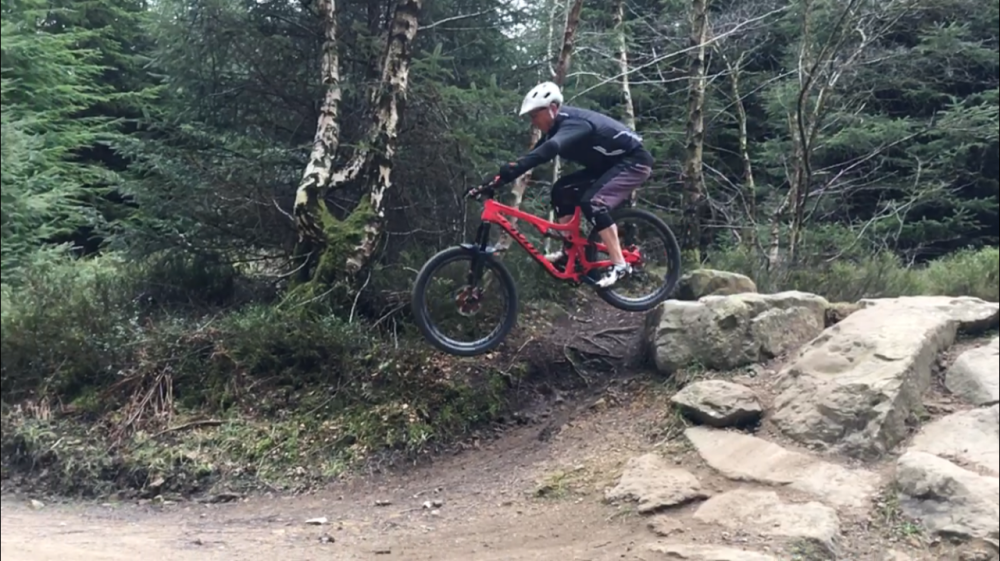 So whilst ‘balls’ are important, there’s no place in mountain biking for blind commitment without the skills to back it up as eventually that just results in a one way trip to waste the time of the hard working people at the NHS. We know, we’ve done plenty of rehab sessions to the build confidence of riders who have come to grief just following their mates and ‘doing what they do’. 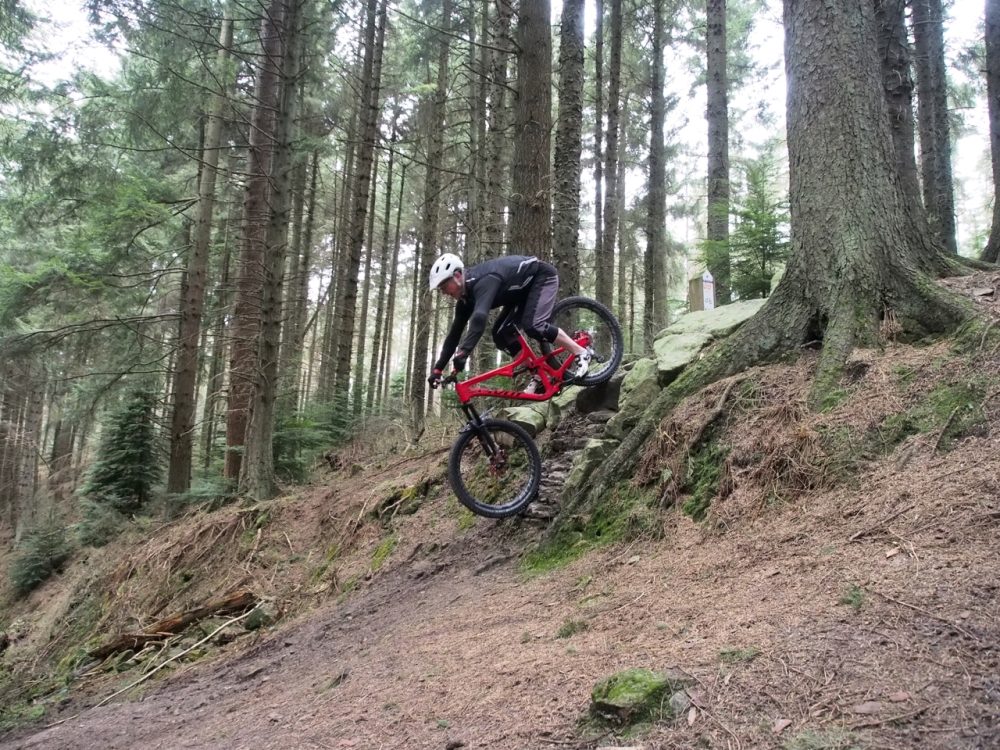 So on reflection. He was right. You can’t buy balls. Well, not on their own anyway but you can buy a skills coaching session which gives you a whole lot more.

Have a look at our other blogs or if you have a question or a comment post it below.

Gone Mountain Biking started out 15 years ago as a specialist mountain bike holiday company on the edge of the North York Moors and Dalby Forest offering skills instruction and guided holiday as well as stand alone days for every level of biker. Recently, we decided to change the business focus and sold our B&B (just before lockdown!). We still work on coaching existing clients but are moving to a model that works with and promotes other businesses we've worked with over the years and generally promotes all things cycling friendly in this wonderful part of the world. We're still super proud to be ambassadors for Whyte Bikes, Invisiframe and Mucky Nutz, with a few others on the way too. We are also developing an offshoot cycling photography business called VeloPhoto. View all posts by GMTB